From Saturday, September 17th to the following Sunday, students from the University of Guelph worked tirelessly to develop a tangible solution to food insecurity. The event, called the Feeding 9 billion Challenge, was originally developed by Guelph Professor Evan Fraser and has spread to universities across the country. Over the course of the weekend, students divided into groups based on shared interests. By the end of the challenge, some amazing ideas had formed that have the potential reduce and food insecurity. 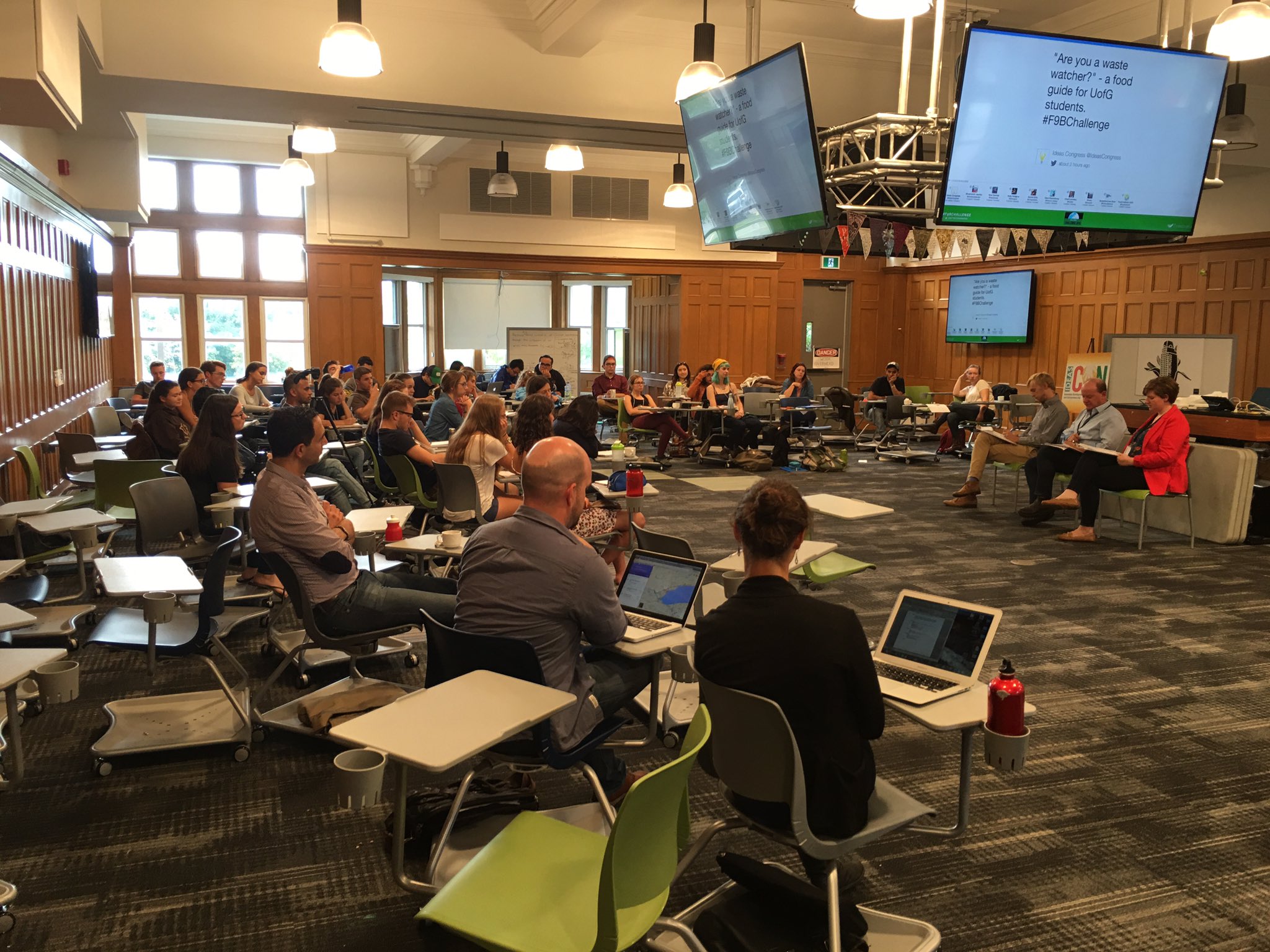 It was very encouraging to see many of the groups focus on reducing and redirecting food waste for their solution. One promising idea was “Late Night Bite”; an app with with users can buy discounted food (that would otherwise be tossed) from restaurants and businesses just before closing time. Other ideas included a food truck that serves recovered food waste, as well as an increase in insect protein consumption to replace livestock-based diets.

The students involved in the challenge will be developing their ideas over the course of the fall semester and will undoubtedly have some amazing final pitches in December.

You can read more about the Feeding 9 Billion challenge here.