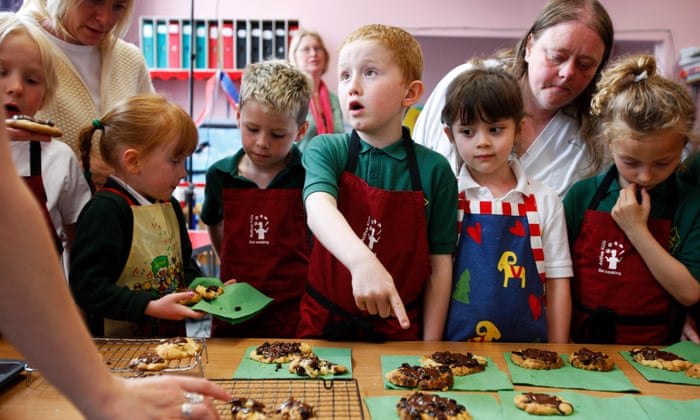 Image by Murdo Macleod via The Guardian

There’s no mistaking it: our generation of young people lack many of the the basic cooking skills that our parents and grandparents were taught growing up. Add to that the fact that millennials have not seen anything close to the economic difficulties of the post-war generation, and you have a cohort of young adults who have only ever known the fast-food driven, affluent society we live in today. As a part of this generation, I can vouch for our disconnected attitudes towards food. Many of us in the western world have been raised going to grocery stores instead of markets or fast food chains instead of family-owned restaurants. In a sense, this evolution has helped us become independent and freed up time to focus on education or careers. However, we now have less of a connection with our food than ever, which makes throwing it in the trash so much easier.

Recently, former UK government advisor on food waste Liz Goodwin said that about £12 billion of food waste can be traced back to a lack of cooking skills being taught in UK schools. She explained that millennials are so detached from food that they are sometimes frightened by it, especially when it comes to food safety and best before dates. This leads to an over-reliance on best before dates to determine freshness, instead of sensory clues like smell and appearance.

“We’ve probably got a couple of generations who went through school without really getting taught how to do things [cooking skills and home economics lessons] and then they’re terrified by use-by dates: one minute to midnight it’s OK, a minute after midnight it’s not OK,” Goodwin told The Guardian.

Another theory of why millennials waste so much is that they are not aware or just don’t care about the consequences of food waste, as they have never felt the effects of rations and shortages. With modern-day, global shipping there is almost always going to be an alternative during a food shortage. Older generations, like my parents and grandparents, who either lived through war or were raised by those who did, are less likely to waste food as they are more aware of its value.

In Canada, students are not taught cooking skills until high school, where a home education course is provided as an optional elective. As a majority of Canadian food waste occurs in the home, maybe it is time to start teaching kids how to cook from a young age. Programs such as Jamie Oliver’s Home Cooking Skills have proven successful in providing American kids and youth with cooking knowledge and could be well-received in other countries. Hopefully, the next generation will then have a more meaningful relationship with food and waste it less.