Whether or not you are in favor of the supply-managed dairy system in Ontario, when 800,000 litres of milk gets dumped, you know that something just isn’t quite right. The Globe and Mail’s article blew this wide open and revealed that the Dairy Farmers of Ontario, when faced with a greater demand for higher fat dairy products, were left with a great deal of skim milk, which was then periodically disposed. This has amounted to 800,000 litres, just since the end of May. The article places heavy blame on the supply-managed market for such ‘chronic overproduction.’ I would hesitate to place the blame so heavily on the market system, as overproduction happens in an open market as well, but rather on the fact that this type of loss is considered acceptable because it is still profitable. Even if producers refuse to sell skim milk at a reduced price, and facilities dehydrating skim milk into powder are full, there are still alternatives to dumping such as donating, or at the very least feeding to animals. What is scandalous is that while the dairy board may feel like this is an affordable loss since farmers are making money from cream and butter, it is still a loss of resources, energy, time, and money that went into producing the dairy.

Clearly there is a problem with the system if this sort of waste is acceptable to the industry. What is reassuring, however, is the public response. People have reacted with shock and anger to the disposal of this quantity of milk, which shows a level of concern that hopefully can impact producers to reconsider their practices and create a more efficient system. 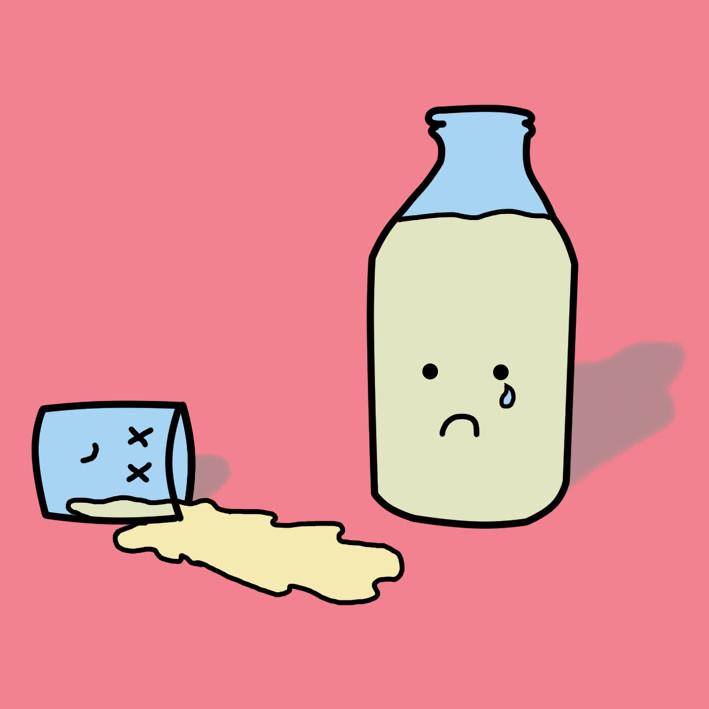 Get the whole story here: